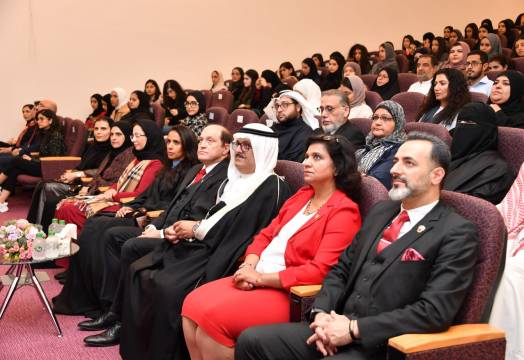 Under the patronage of Her Excellency Dr. Shaikha Mariam Bint Hassan Al Khalifa

the presence of wide range of guests, academics, students and their families. 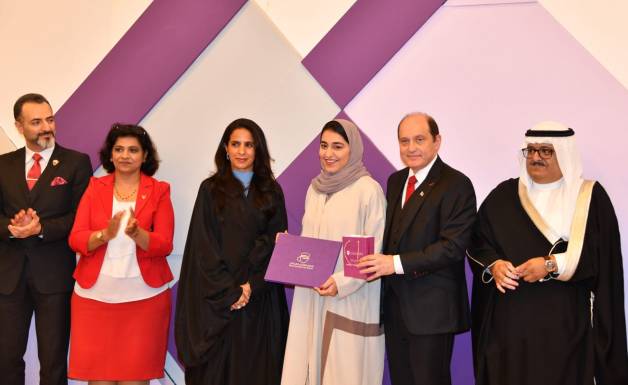 speech from the Acting President Dr. David Stewart, in which he thanked Dr.

annual event throughout the years, for celebrating with us this very precious

development of Bahraini women in all sectors of society. He also expressed his

women through higher education. He emphasized on the role of Bahraini women

and their participation in sustainable development through higher education and

future sciences which the Supreme Council for Women is celebrating this year.

Dr Stewart highlighted the outstanding achievements of RUW students and

Intelligence Program, Category: Art and Cultural Excellence and honoured by

Emirate of Abu Dhabi, alongside many achievements done by RUW students

that made Bahrain proud in various fields.

women at the highest levels and in every field.

categories, including the President Award and the Leadership Award category.