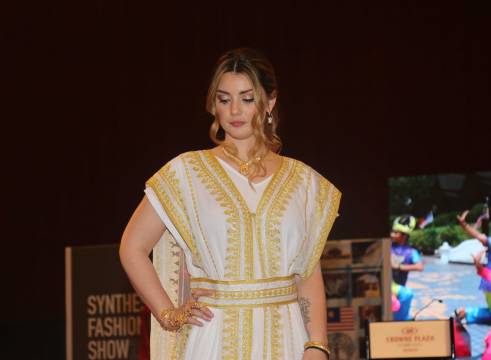 under the patronage of Her Excellency Shaikha Mai bint Mohammed AlKhalifa,

President of Bahrain Authority for Culture and Antiquities (BACA), the Embassy of

Malaysia and the Royal University for Women held Synthesis Fashion Show, on 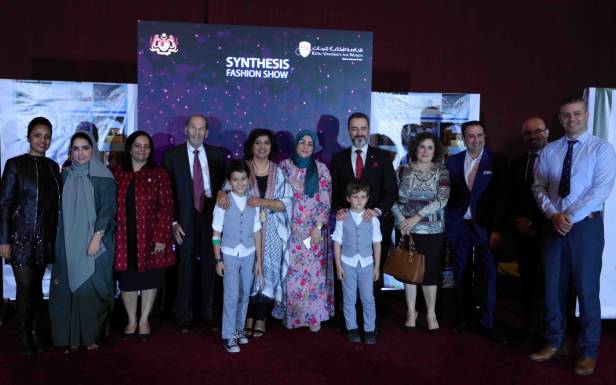 celebrate the milestone of 45th Anniversary of Malaysia-Bahrain Diplomatic Relations. It

years- and many more to come.”

Communications &amp; Promotions in Bahrain Authority for Culture and Antiquities to attend

Mohammed AlKhalifa for her acceptance to be the Patron, and to the Royal University

for Women for coming up with the idea to organise this wonderful show, as an event to

including cultural exchanges. Through this event, one aspect of culture of both countries

was given the prominence.

Dr. David Stewart, President RUW, is honored and very happy to be working with the

celebrate the 45th anniversary of Malaysia-Bahrain Diplomatic Relations. The rich,

academic and diplomacy through the strong cultural ties.

countries. Each collection was an appreciation of beauty, handicraft and accessories

from Malaysia and Bahrain. There were in total five collections named as “Budaya”- a

collection of traditional Malaysian costumes along with accessories and head pieces

were presented which reflected the richness of the Malaysian culture. The collection

contained different styles wore by Men and Women in Malaysia. “Jalwa”- was another

Bahraini Thawb and embroidered with traditional motifs in golden and silver threads.

amalgamation between the Malaysian and Bahraini traditional costumes to create a

versa. Some of the designs were made from Malaysian Batilk and Songket mixed with

materials and accessories from Bahrain and Malaysia. The last collection of the show-

collection to reflect the richness in both the cultures.

So from pure traditional wear, to trendy casual wear and evening wear, this show

the Kingdom of Bahrain. The College of Art and Design is a home to some of the most

exciting, creative and innovative programmes at the university. It offers- four

and Architectural Design. At the post graduate level we have Masters of Design

Management and Masters of Fine Art in Drawing &amp; Painting. Both Masters’ programmes

are first of their kind in this region, designed with high placement potential and to create

team at RUW, under the Deanship of Dr. Shweta Kinra, and team of Dr. Nessreen

The show was attended by dignitaries’ diplomats, guests, students and academics.

The show was supported by Awal Press, ALDO and ALDO accessories, Four square,